My own personal journey 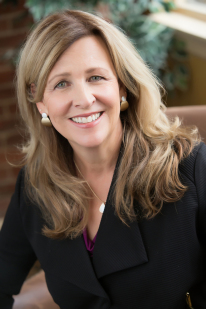 I have been interested in natural health for most of my adult life. My introduction originated with my Mother, who years ago sent me off to college with my first bottle of vitamin supplements. Thanks to her, I have been taking them religiously ever since. Unlike my upbringing, I quickly realized exercise needed to be a part of daily life, along with a diet that did not follow the meat and potatoes regimen that we were served on our dinner table most nights.  However, my foray into natural healing would not develop until later, with the arrival of my firstborn child.

Tyler came into this world in textbook fashion, with an uneventful pregnancy, a swift natural birth, and a healthy 8 lbs 2 oz.  However, what was to follow was anything but typical. I had signs that this child was somehow different from the other children, which I quietly observed in our weekly playgroup. He walked at eight months, never crawled first, had picky eating habits, did not like to be picked up when he cried, became unglued at certain sounds, arranged his Lego blocks by﻿ color groups at age 14 months, and seemed to need constant stimulation so he would not get bored. These were just some of his behaviors that made him stand out from his peers.

At age 3 1/2, I enrolled him in preschool. After a tumultuous year of preschool, I was kindly asked to take my child elsewhere. Until then, I knew my child was different, but I had no idea exactly what his issues were. He had been IQ tested as a gifted child, which explained some things, but that was far from the total picture. His elementary school years were filled with behavior referrals and suspensions for his inability to deal with the school environment.  Undoubtedly, he was smart, but for some reason, simple basic tasks were met with resistance and turmoil. Even though I had found a small, private gifted school to better cater to his needs, many of his issues proved too challenging for the average teacher.

So the onslaught of professional evaluations began. Tyler was evaluated for everything from ADD to ADHD, Sensory Integration Disorder, Autism, and more. No one test ever really nailed it down completely. Many therapies were tried, but not once did I take his plight to an MD, whom I knew would only recommend medication. What other tools did they have? Call it motherly instinct or just my inherent resistance to modern medicine, but I chose not to go the route of medication. I saw many kids in Tyler's classes drugged up and medicated. I could not do that to my son.

This began my quest for alternative treatments that would help.  And help they did, in one way or another. We tried many therapies, including brushing, occupational, fine motor skill coaching, energy work, naturopathy, homeopathy, nutritional supplements, music therapy, neurofeedback, psychotherapy, and more. With each step, Tyler moved forward as a calmer, more level-headed being who could now live in this world without it rocking him. He graduated from High School with honors, attended college, and now lives on his own while working full-time as a computer programmer for a prominent IT company!  Without the aid of these therapies, he would tell you he would not be where he is today.

Along the path, one of the practitioners we engaged was a Naturopath. While she was testing my son, she saw some things that indicated I might have transferred some pathogens to him while pregnant. She tested me as well as my son. Together, we embarked on a ninety-day detoxification program to clear our bodies. The result was a more serene child. And for me, my lifelong battle with eczema had disappeared, as well as hay fever that I had struggled with since my teenage years. But the event that launched me into holistic medicine did not come until my fortieth year when someone popped into my life and asked a very poignant question, "Are you passionate about your career?"

I spent eighteen years in IT (Information Technology), which I pursued after earning my BA in Computer Science in 1981 from SUNY Potsdam. Never once in those eighteen years did I consider what I would be passionate about. My quest led me toward a path of holistic health. I naturally desire to help people, as it hurts me to see people suffering. I started my practice in 2008 part-time and finally quit my corporate job in 2011 to pursue my passion full-time.

My holistic health practice is anchored with my Doctorate of Naturopathy, which I earned from Clayton College of Natural Health in 2005. I am also a certified BodyTalk practitioner, a form of energy balancing using the body as a tool to find where dis-ease is held and assisting in releasing those energies. I also pursued training in natural allergy elimination, NAET, certified in NAET since 2009, having trained with Dr. Devi Nambudripad, the founder of NAET.

I graduated from the Colorado School of Traditional Chinese Medicine with a Master of Acupuncture degree in April 2015. No small feat after three years of study, 3,250 hours in class, 820 hours in the student clinic, and treating over 350+ patients! I passed my national board exams and am certified by the National Certification Commission for Acupuncture and Oriental Medicine (NCCAOM). I am now a licensed Acupuncturist in the State of Colorado. For a second time, I graduated with a Master of Science in Traditional Chinese Medicine in August of 2017 to complete the Chinese herbal program. Recently, I completed the Doctoral program at Pacific College of Health and Science in San Diego. I am officially a Doctor of Acupuncture and Chinese Medicine (DACM).

In summary, my life path is to help others in health, healing, and understanding your path to a happy and healthy life. Allow me to be your guide.

Windsong Holistic Health is a LGBTQ friendly practice. All are welcome!

Like us on Facebook and look for the offer for a $10 off coupon for your first visit!